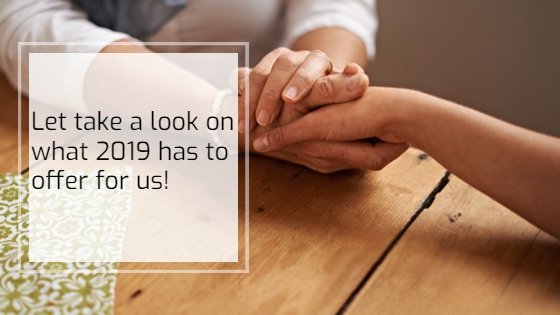 This is the final of a series of three posts in which leaders reflect: in the first leaders recommended their book of 2018 and in the second considered lessons learned about themselves in 2018.

Business can no longer just talk about diversity and inclusion. It needs to act.

“We will see renewed calls for diversity and inclusion to be placed at the heart of corporate hiring strategies to aid social mobility and avoid further social upheaval,” state Euan Blair and Sophie Adelman, cofounders, WhiteHat

The cost of inaction is too high.

“If mainstream leaders in politics and business insist on carrying on regardless, I think it’s going to be explosive,” warns Helena Morrissey, founder of the 30% Club, and Head of Personal Investment, Legal & General

There is, of course, real business rationale.

“Stimulating diversity of thought is essential for businesses, their employees and society as a whole. Companies that don’t promote diversity and inclusion in the widest sense will be left behind,” adds Chris Grigg, CEO, British Land.

But it won’t just happen by itself.

“There's unfathomable human talent out there and most of it will not come knocking,” argues Craig Fenton, Chief Strategy Officer, Google UK.

“The digital age is more than ever a human age, where creativity is a superpower. Those who see around corners, who imagine and shape a future, are our superheroes.”

What to do about them

“Google to Publicis, Warner Bros to BP now have school-leaver apprentices in their teams and are planning to expand these programmes,” advise Blair and Adelman.

Put a name to your own biases, conscious or otherwise, and then tackle them head-on.

“Many of the world’s most influential leaders were the dyslexic, autistic kids, the misfits who got excluded from school,” reminds Phoebe Hugh, CEO and founder, Brolly.

“By limiting the opportunities for our young people to excel in creative subjects and develop their lateral thinking, we may be shutting down the potential for some of the most promising minds of tomorrow.” Artificial intelligence (AI), equipped to handle and analyse large amounts of data and answer questions in a very short amount of time, represents a huge growth opportunity for all industries.

Fortunately, it is only going to get easier.

“The trend to watch is a rise in tools that make it easy for non-experts to participate in AI and analytics,” points out Cassie Kozyrkov, Chief Decision Scientist, Google.

And don’t leave any employees out.

The new tools “allow a broad community to focus on creatively applying components made by researchers without needing to reinvent the wheel," adds Kozyrkov. Across the world, a mood of collaboration and a sense of building a community seem a long way off.

“There will be an increasing need for business leaders to fill the void and provide much-needed leadership that goes beyond the normal business boundaries and into society as a whole,”  suggests Inga Beale, member of the Mayor of London's Business Advisory Board.

Business leaders need to realise that companies are symbiotic with the societies in which they operate.

“Companies are now reaching such a massive scale that they have a profound influence on the world around them. We must ensure that influence is a positive one. 'Don't be evil’ is an abdication of that responsibility. Instead, let's strive to ‘Leave this world a little better than we found it’," states Tom Blomfield, CEO, Monzo.

Team members and customers alike are influenced by what business leaders think about on certain social issues.

“This is uncertain new terrain for businesses and will present unfamiliar kinds of decisions for all leaders regarding when to speak out, when to change behaviours and what problems are important to address,” says Amy Fuller, Chief Marketing and Communications Officer, Accenture.

For leaders, engagement is non-negotiable.

“Thanks to social media, greater transparency and better-informed employees and customers, ‘no comment’ or suggesting that business leaders don't have a role in policy issues or social positions is no longer acceptable,” suggests Eileen Burbidge, Partner, Passion Capital

But the good news is that the shift in sentiment only increases the number of potential customers.

“The ‘consumer who cares’ and isn’t motivated solely by cost considerations is no longer a position reserved for the millennials,” says Laura Turkington, Global Innovation and Business Development Senior Manager, Vodafone.

It's a virtuous circle. 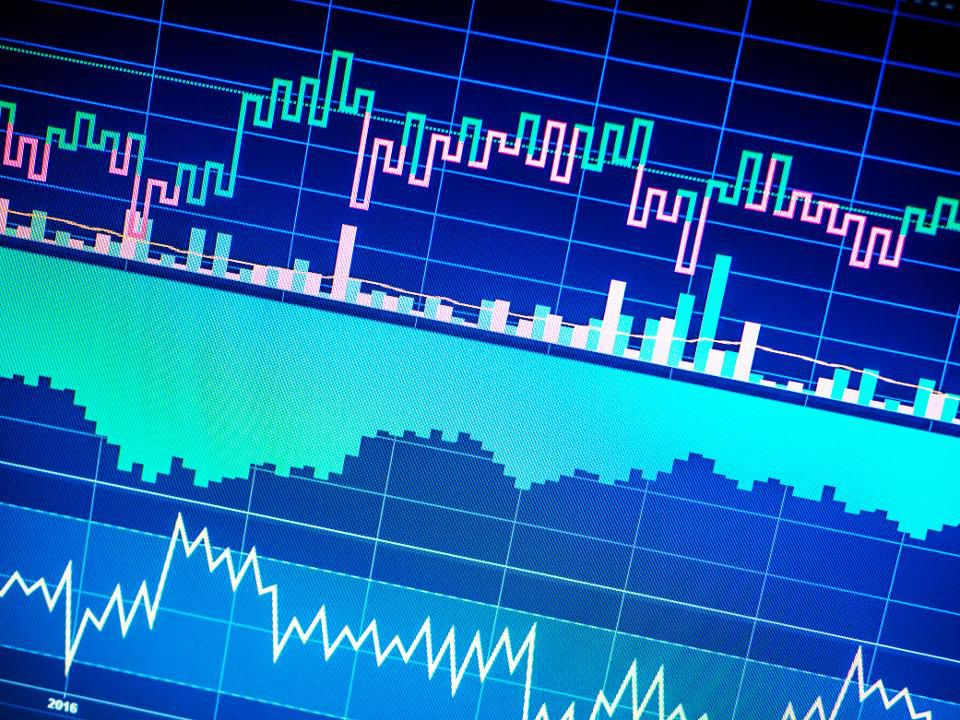 We are well overdue major market correction.  In many ways, it's already underway.

“All the major indices (Dow, FTSE, Dax, Nikkei) are below where they started the year.  Investors are usually nine to 18 months ahead of the 'real' economy.  So, fasten your seat belt,” suggests Joe Lynam, Disinformation Specialist at the EU Commission and former BBC Business Correspondent.

A key driver of markets will remain politics “whether in the form of issues like trade or ‘populist’ uprisings,” says Morrissey.

“This is happening on an international scale, most clearly with Brexit in Europ and Trump’s protectionism in the U.S.,” points out Irra Ariella Khi, CEO and cofounder, VChain

“There is trepidation among international tech companies when they look to the U.K.,” says Russ Shaw, founder, Tech London Advocates and Global Tech Advocates

And there are still a number of events to play out in what Daniel Korski, CEO and cofounder of Public, refers to as the “Year of Reckoning”.

“A number of processes – Brexit in the U.K., the Mueller investigation in the U.S., elections to the European Parliament in May - will come to a head. We will see and have to deal with the consequences.”

“I would ask ‘does my business have the money and resources to survive and thrive if conditions change dramatically? Prepare for a world where there is no longer cheap money,” advises Alex Dunsdon, cofounder of The Bakery.

But, in the meantime, don’t get too downhearted and miss out on the potential for growth.

“Start-ups are becoming scale-ups, entrepreneurs are becoming investors – the digital infrastructure, space and regional hubs across Britain are the springboard for an even brighter tomorrow,” reminds Shaw. One of the biggest issues for all businesses leaders is how to sustain good mental health for their employees and to cater for their people if they are suffering. At present only 2% of employees will go to their HR departments regarding mental health issues.

“Employees come up with other reasons to be off work – back pain, for example - anything so they do not have to mention mental health. They’re worried that raising the issue in the workplace will affect their promotion. They’re probably right,” says Lorraine Heggessey, CEO of the Royal Foundation.

“Our Employer Gateway, an online portal, pulls together training, information and resources information for employees to promote mental wellbeing at work.” Will 2019 be the first time we see a cultural moment from the east go global?

“Singles’ Day has the potential to become a major moment in Europe in 2019. Its American predecessors Halloween and Black Friday are now both major cultural and retail moments in the UK and across Europe, examples of events moving from west to east,” says Steve Hatch, VP Northern Europe, Facebook.

However, we might now be set to the first major move from east to west.

“Singles' Day – already the biggest e-commerce day in the world – originated from China, and we've started to see the same Facebook data signals for this in EMEA as we did with Black Friday three years ago.”

But don’t think that one shoe fits all.

“As easy as it would be for a tech guy to point to things like machine learning, cloud, 5G and immersive computing as next year's big trends, the real secret sauce is not the technology. It's human,” says Fenton.

And the result for business?

If your business is in retail and e-commerce “don’t just get ready for Black Friday and Cyber Monday. Get ready for Singles' Day too,” concludes Hatch.

And work out how to give each customer exactly what they want.

“Waitrose & Partners, for example, is embracing this type of innovation by piloting DnaNudge, an app which will use shoppers’ DNA to help them make healthier choices while food shopping,” says Vary as an example.

“Another is OME Health, one of the businesses that entered JLAB, our retail tech innovation programme this year, which offers science-based health plans built on a person’s gut microbiome, genetics blood markers and other health data."

And yet, in this world of products and services honed for individuals, don’t forget to make your own fit in.

“Design for your product to be integrated with what is already out there. It should be compatible with everything and works anywhere,” suggests Hadeel Ayoub, founder, BrightSign.

And finally, style of leadership

2019 will be a good year for leaders with cool heads.

“For those who fail to demonstrate trust and confidence, it will be a year of turmoil and anxiety,” says Ben Brabyn, Head of Level39.

“Business leaders will do well to provide a source of calm assurance, kindness and candour.”

This is the final of a series of three posts in which leaders reflect: in the first leaders recommended their book of 2018 and in the second considered lessons learned about themselves in 2018.

To read more of my posts on how leaders solve problems like yours, see my archive here.

WrestleMania Week Tickets are still available!
Duty of Care Before and After School Hours: Who is Responsible?
How Teachers and Staff Can Practise Self-Care over the School Holiday Break
I BUILT MY SITE FOR FREE USING