Tsunami of up to three metres hits Indonesia after earthquake

A tsunami of up to three metres has hit a small city on the Indonesian island of Sulawesi, collapsing buildings and washing a vessel onto land, after a magnitude-7.5 quake struck offshore, but there has been no word on casualties, officials say.

Authorities received information that Palu had been hit amid a rapid series of aftershocks, Dwikorita Karnawati, who heads Indonesia's meteorology and geophysics agency, BMKG, said.

"The situation is chaotic, people are running on the streets and buildings collapsed. There is a ship washed ashore," Ms Karnawati said.

Indonesian disaster agency spokesman Sutopo Purwo Nugroho said houses were swept away by the tsunami and families had been reported missing.

He said communications with central Sulawesi were down, and the search and rescue effort was being hampered by darkness.

BMKG had earlier issued a tsunami warning, but lifted it within the hour.

"We advise people to remain in safe area, stay away from damaged buildings," Mr Nugroho said in a televised interview.

The national search and rescue agency will deploy a large ship and helicopters to aid with the operation, agency chief Muhammad Syaugi said, adding he had not been able to contact his team in Palu.

Palu, hit by a magnitude-6.2 quake in 2005 which killed one person, is a tourist resort at the end of a narrow bay famous for its beaches and water sports.

In 2004, an earthquake off the northern Indonesian island of Sumatra triggered a tsunami across the Indian Ocean, killing 226,000 people in 13 countries, including more than 120,000 in Indonesia.

Earlier on Friday, the National Disaster Mitigation Agency (BNPB) said it was having difficulty reaching some authorities in Palu and the fishing town of Donggala, closest to the epicentre of the quake 80 kilometres away at a shallow 10 kilometres underground.

The area was hit by a lighter quake earlier in the day, which destroyed some houses, killing one person and injuring at least 10 in Donggala, authorities said. 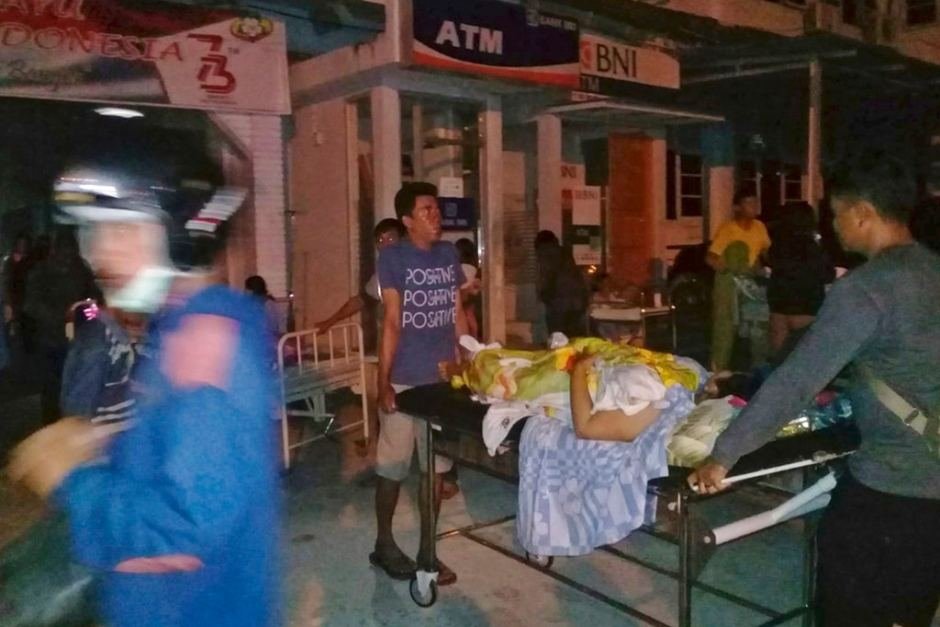